Putting romance into loneliness: The Smiths’ ‘The Queen Is Dead’ at 35

"After being a fan of one of The Smiths’ most well-known songs, ‘There Is a Light That Never Goes Out’, for a number of years, I decided to listen to more of their work in my first year of sixth form. The Smiths quickly became my favourite band and their songs rapidly took over my playlist. I even discovered that they were my mother’s favourite band when she was a university student in the 1980s, resulting in many discussions over our favourite Smiths songs. Their third studio album, The Queen Is Dead, quickly became a stand-out album in my music library."

Another 'looking back' article.
Regards,
FWD.
The Smiths
Continue…

This is something I've never heard before. The story is told on Twitter by Dennis Herring, who produced Modest Mouse. 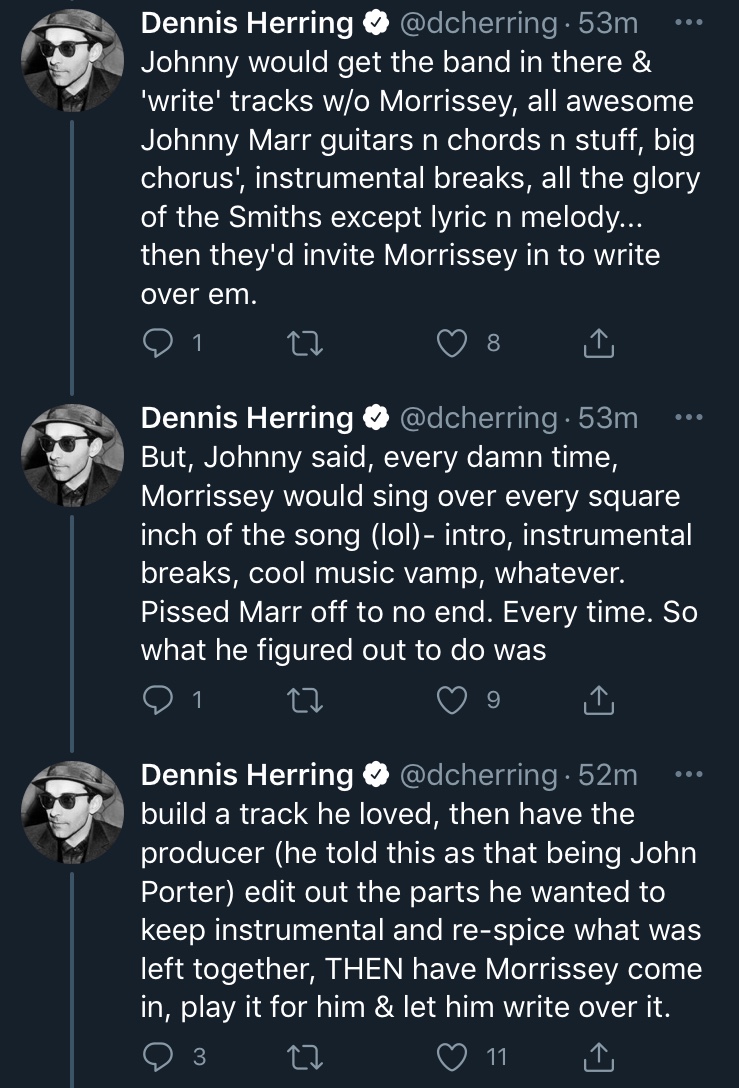 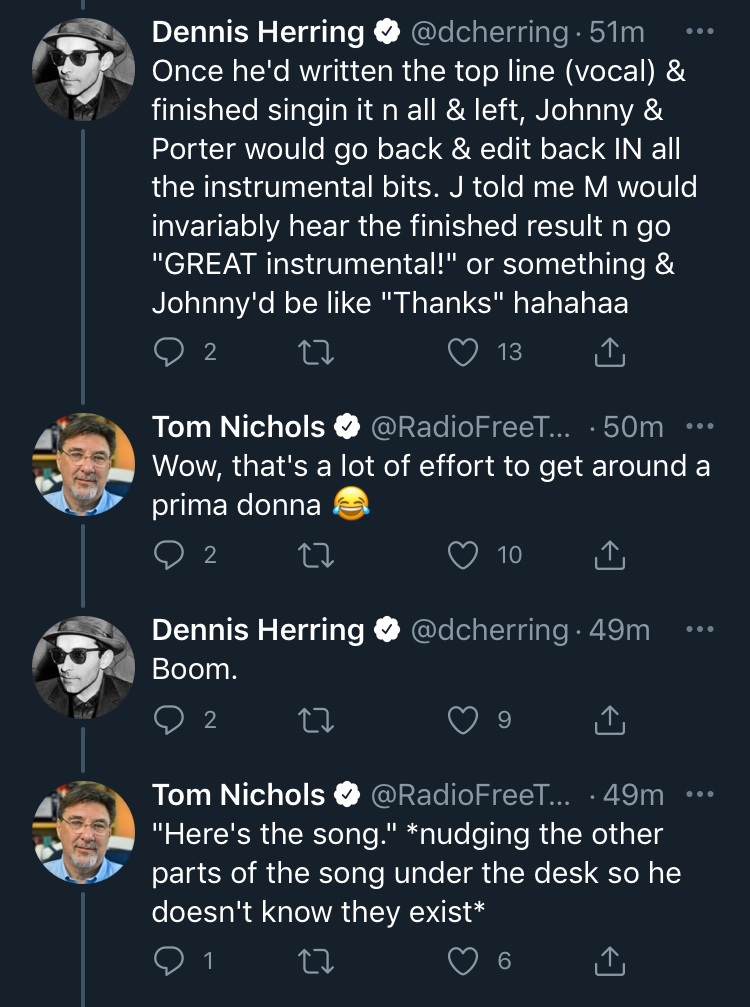 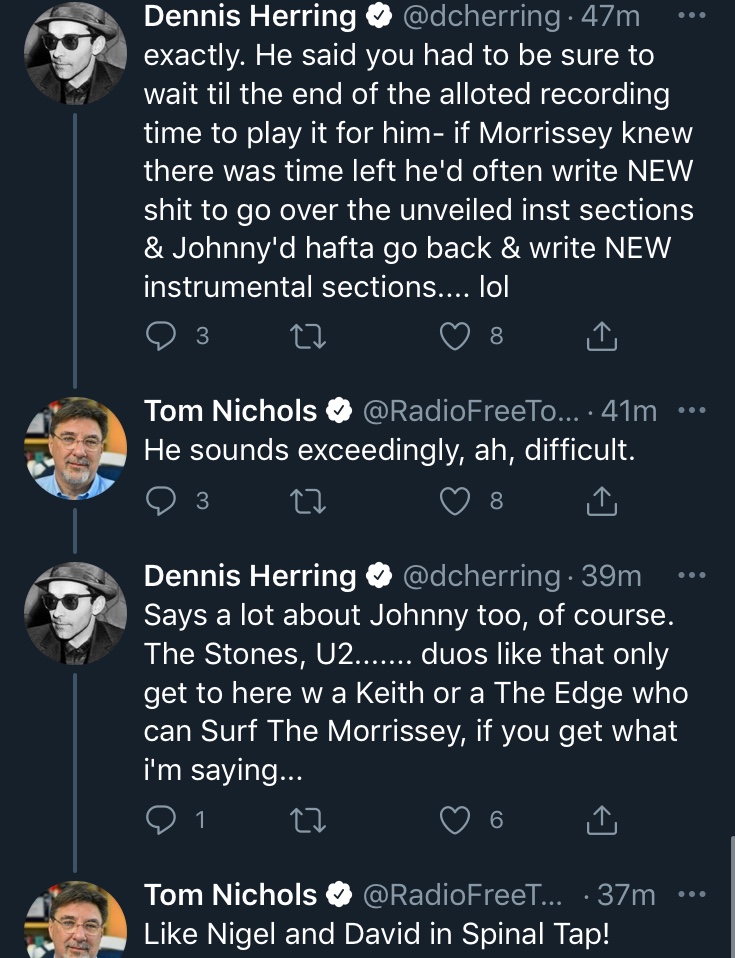 The Smiths Museum: Creating The Queen Is Dead backdrop by John Featherstone On 16th June 1986, The Smiths would release their near faultless third album, The Queen Is Dead, which, for Morrissey, Johnny Marr, Andy Rourke and Mike Joyce, would confirm themselves as being the most important voices of a generation. Now, 35 years later, the album still pulses with the same power and the stories behind the songs all the more important.

The album is widely considered to be The Smiths finest work out of the four records that they made during their time together and encapsulates everything that was great about them. Morrissey’s dark lyricism was juxtaposed alongside Johnny Marr’s sunny guitars, allowing the duality of modern living to come to the fore. The record would become the perfect soundtrack to the 1980s.

It was released 35 years ago today...

A collation of comments track-by-track .
Happy 35th The Queen Is Dead.
Regards,
FWD.

Shallow Rewards: The Smiths is Dead Insightful and informed conversation between Chris Ott and Elliot Busch-Wheaton about Shoplifters of the World and the legacy of the Smiths and Morrissey in America. The Smiths is Dead The legendary fanzine Smiths Indeed celebrates the 35th anniversary of issue one with a special limited edition box set of high quality reprints and a limited edition poster.

Produced by editor Mark Taylor with little more than a manual typewriter, Letraset and glue, the 12 issues of Smiths Indeed in 1986-1988 became collectors’ items and often fetch high prices online.

Mark has decided to release the special box set, which will be in a special box and shrink-wrapped with a hand-numbered postcard, to mark the 35th anniversary.

The poster will be released next week and will also be hand numbered and signed by Mark.

The box set will follow in July, with pre-orders announced shortly. Demand is expected to be high so you’ll have to be quick.

Other Ex-Smiths The Smiths
Continue…

Morrissey A-Z: "Sister I'm a Poet"
The story’s old, but it goes on. Each time there’s a new guitarist. Perhaps...
8 minutes ago
Mayfly
Kickstarter - Bonfire Of Teenagers
same thing. ;)
9 minutes ago
Ketamine Sun
Is Coronavirus as serious as they say?
At the moment, all I can say with regard to vaccination is .... "... and I...
Today at 11:44 AM
born to mourn and yawn
Post Whatever You Are Thinking At This Very Moment
i contribute a lot of quality content to this site. i DESERVE hearts. :(
Today at 9:31 AM
rifke
The Odds In Vegas
you say he sucks,most people on here would disagree.
Today at 7:46 AM
gordyboy9
What song are you listening to right now?
Today at 7:22 AM
Breton La Villain