"Johnny Marr says The Smiths had a “blind spot” of being obsessed with media and notoriety" - NME (July 5, 2021) 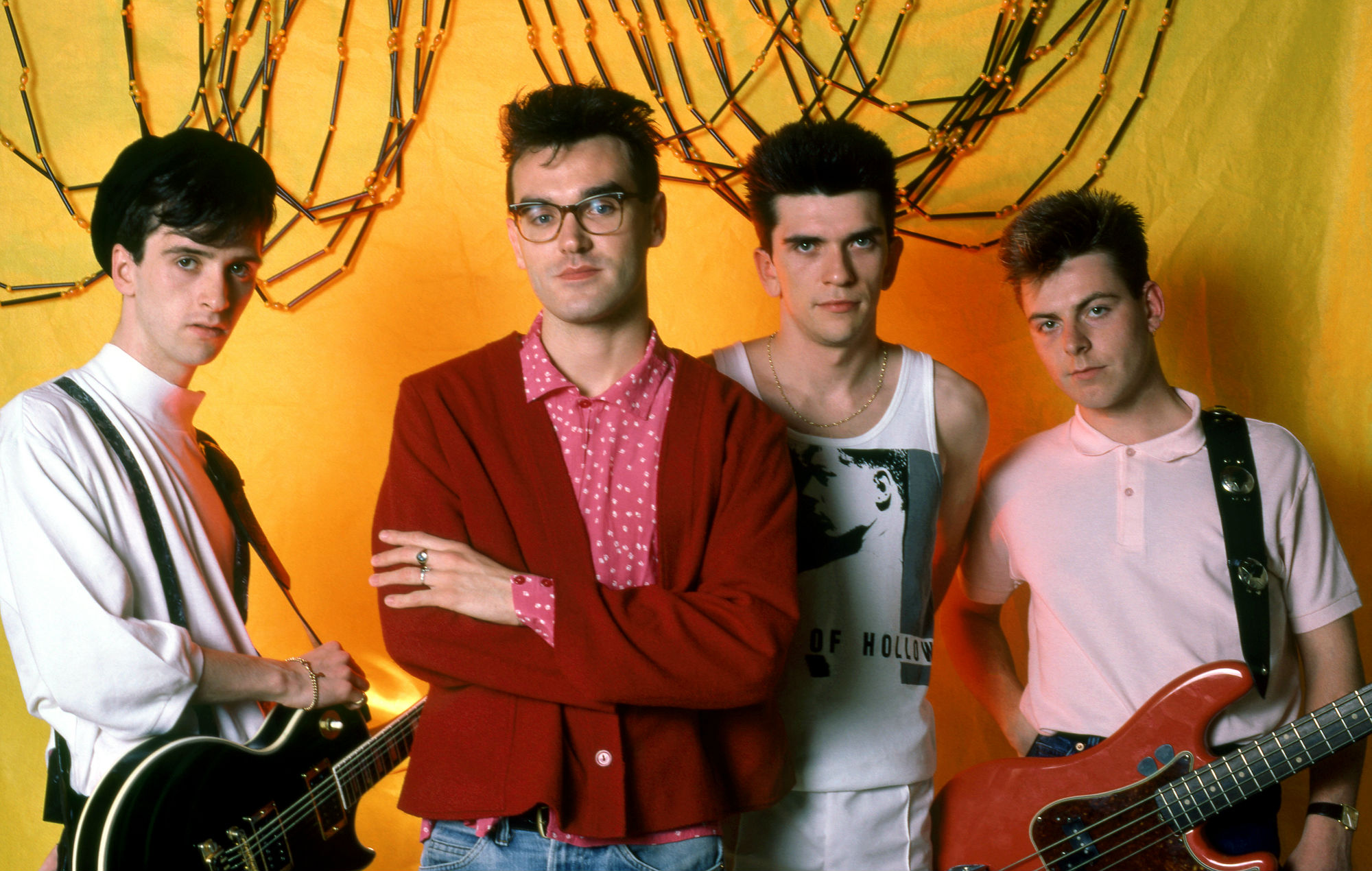 Johnny Marr has reflected on his time in The Smiths, admitting the seminal band had a "blind spot" of being obsessed with media and notoriety

www.nme.com
"Particularly one certain member of the group"

Speaking to Poet Laureate Simon Armitage for the new BBC Radio 4 series The Poet Laureate Has Gone to His Shed, Marr said that the band could have done with “less” coverage at the height of their 1980s fame.

Discussing how it became their blind spot, Marr said: “I was in a very very big ‘music press’ band, which now I’m older I think we could’ve done with less of that.

“I wouldn’t say it was our downfall but I think it was a blind spot of The Smiths, being so occupied with the media and notoriety – particularly one certain member of the group. I think that could’ve been dialled down a bit and would’ve helped the group out.”

Amy said:
I thought "Hi Hello" was the one that sounded like TIALTNGO, but now you've said it...
Click to expand...

I was thinking the exact same. I like all three as well, guess I’m easy to please
V

that DramaJ had 'limited horizons'

reading between the lines, bernard
seems to imply that DramaJ didnt
know which s to use

Amy said:
To what end, though? He walked out and became just a backing musician to a thousand other singers, with even less control - sometimes he was playing on stuff he hadn't even written.
Click to expand...

That was exactly what he wanted at that time. It's obvious from lots of interviews that he just wanted to focus on great guitar playing and get away from drama of being in band.
A

T. H. Auden said:
Yes, it could have given them more time to focus on the music and the creative process.
Click to expand...

Totally. Many indie bands consider the media just as a tool to promote their music and try to focus on their image and skills as musicians. Many frontmen who started as only vocal constantly develop themselves by learning instrumental and songwriting skill. (making vocal melody can be the part of songwriting but it doesn't need any "skill")
Morrissey is quite opposite as he was more interested in establishing himself as pop star than developing musical skill. I can remember some interviews of Johnny when he was in Electronic where he said it was new experience to work with another musician(Bernard) who can write song and play instrument. It's not hard to imagine he had a problem coming up with all musical ideas alone(Street also mentioned this).

Ketamine Sun said:
Lots of folks on here trying to put down Marr.

I shouldn't let it perturb you. So long as credit is applied for the things he did resoundingly well during his time in the Smiths — and I expect even his sternest critics here wouldn't withhold that kudos from him, ultimately — I don't see any problem with knocking Marr for his posturing and his questionable utterances. He's as fair game to be picked apart and scrutinized as Morrissey or any other public figure is.

Besides, a lot of the shade thrown at him in this thread has been amusingly incisive.


Amy said:
That's just Johnny though, he follows the lead of whoever he is around. With Moz, he was free to dig out the eyeliner, jewellery, blouses, Ronettes hairdo etc and do the whole New Romantic, metrosexual thing. Then 90s lad culture hit and he cuts his hair and starts dressing like Bernard. Chameleon-like.
Click to expand...

What the heck, I'll restate my own pithy observations from elsewhere (they were originally dashed off with this thread in mind, anyway);


Ess90 said:
a beloved elder statesman and right-on sexagenarian quinquagenarian regular of corporate festivals who rehashes his old glories while wallowing in conformity even as he poses as some kind of rebel outlier?

Card-carrying member of the Weller-approved, feathercut-sporting dadrocker club for around three decades now. Utterly lost without the muse and direction a certain firebrand gave him. Now reduced to claiming that he wanted a quiet life all along and was never drawn to Morrissey in the first place for the inherent edginess he himself lacked and, according to his own previous testimony, desired in the band to which he would belong.

This guy's hero was Keith Richards, for goodness' sake. He had four or five inspired years in the Smiths, a contribution for which I am sincerely grateful, but he was always a square.

The emotional homecomings of the healthily robust and enduringly relevant (not just due to the great prescience of many of his earlier works),

Or the paisley-splattered, wizened, eternally constipated cabaret of the sanitized and accepted,

= 'everyone is admiring my new wig, a fantastic purcha....WHACK

Famous when dead said:
At the time: beads, quiffs, gladioli & NHS specs were in far more demand than Brian Jones / Stu Sutcliffe / Byrds haircuts - that's about it really.
The rest came from the music itself IMHO.
I read the press religiously, but the connection I felt on hearing albums & live performances is what fueled my following them - not lots of witty ripostes in magazines / on TV.
Not forgetting they were actually quite prolific tourers and the albums were great - what exactly would have been the 'help' the group gained if things were "dialed down"?
FWD
Click to expand...

Come now FWD. I think you are missing the point somewhat. Nobody is saying its not about the music - at the end of the day .

What some are saying, and I agree with and I expect deep down you know, is that what made the smiths turely special and not just The Specials, is the World and attitude that Morrissey created.

Morrissey created an excitment in print , he created refernce points with his covers , his lyrics and singing are just if not more important than the backing music itslef . Its his voice that turely gave the music and an otherworldy feel.

In short , yes the music stands its ground and would have sold but its morrisseys wolrd that took the band beyond music. Just like Bowie was more than just music. 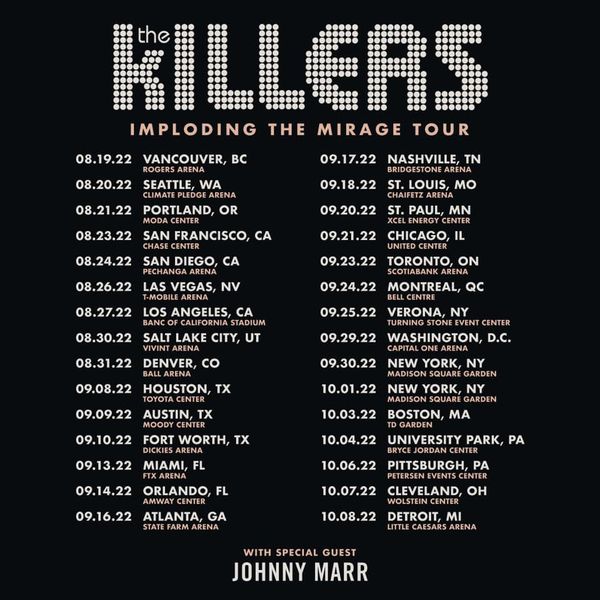 thats the big tour? another mercy opening slot in the USA

the Killer twats are 20 yrs younger than
and he is making a 30 min set where nobody will know
who he is?

Cock of the north

One of my fave venues as well...

Carlisle baz said:
One of my fave venues as well...

Yes it's my go to place if one of the bands I like are touring and playing there.
V

500-750 seaters
for the dumb
huge tour, but just in case
he better bring the black curtain
with him.

sign up so you can your seat in the tiny 3/4 empty venue.

Carlisle baz said:
One of my fave venues as well...

Wonder if Morrissey will play at King George's next time around, I only managed to get to one of the 3 gigs he's played there.
C

Cock of the north

Surface said:
Wonder if Morrissey will play at King George's next time around, I only managed to get to one of the 3 gigs he's played there.
Click to expand...

Not so sure, he struggled selling the only northern gig (which you went to) last time he played here so he may have a re think.

Leeds review in The Yorkshire Post - Where he would once fill venues such as the First Direct Arena in Leeds, his appeal has apparently lessened with the crowd far from capacity.

If the new album (if released) is successful, it probably will be the bigger venues again.
Last edited: Jul 27, 2021
V

there is a nice pub "The Gym" right next door

No doubt a lot of the 50000 people at Old Trafford will be up for The Smiths/Electronic tunes Johnny will play while supporting The Courteeners at his home town gig. . Wouldn't surprise me if Bernard turned up for a couple of Electronic songs, maybe Getting away with it and Get The Message which they've done on a number of occasions over the last few years.
V

O SO ITS "SUPPORTING" THE c***EENERS