You'll Be Gone / Alma Matters / When Last I Spoke To Carol / I Wish You Lonely / Ganglord / The Bullfighter Dies / I Started Something I Couldn't Finish / Suedehead / When You Open Your Legs / World Peace Is None Of Your Business / How Soon Is Now? / Back On The Chain Gang / Jacky's Only Happy When She's Up On The Stage / Spent The Day In Bed / Jack The Ripper / Everyday Is Like Sunday / I'm Not Sorry / I'm Throwing My Arms Around Paris / Speedway / Shoplifters Of The World Unite // Let Me Kiss You / Glamorous Glue

How did he greet the audience when he came on? Love to know.

Jane Jackson said:
How did he greet the audience when he came on? Love to know.
Click to expand...

If this is what you mean? Look above - No opening remarks, he just launched right into “You’ll Be Gone”
BREXITEERS OF THE WORLD UNITE AND TAKE OVER!

They thought we'd just rollover and have our tummies tickled, and they've suddenly discovered that the British Bulldog doesn't behave like that.
B

I would extremely disipointed if I don't get to see home is a ? Live

Flibberty said:
Am I right in saying that I'm Not Sorry was added to the set? Only the 2nd time that it's been played since 2004 according to another site.
Click to expand...

My thoughts after attending both nights:

Thank you Morrissey you are the love of my life. I'm not Sorry is one of my favorites and you sang it in front of us. I miss you already.

Nice! Sounds like i went to the wrong night!

dotmatrix522 said:
“Apparently I’m the only person in Los Angeles who hasn’t been accused of sexual harassment. How do you think that makes me feel?!”
Click to expand...

In the distance, Julia weeps.

klaus said:
thank you morrissey for singing ALL of speedway tonight. no offense to gustavo but just really nice to hear it the way it was meant.

Damn I’m so mad i missed this.

I had a friend in town using Casa Geezer B&B who just wanted to go to Islands for dinner bc they don’t have Islsnds where he’s from. So i thought I’d pitch going to the show over dinner when he confessed to getting up at 3 am that morning. I was sitting there nursing a fever and feeling like shit with whatever cold i have that wasn’t helped by strenuous exercise the night before so we went home and watched the Steve Jobs movie and went to bed. I’m sure I’ll always regret this if that makes anyone feel better.

Maybe he performed 'Let Me Kiss You" for Nancy Sinatra? Was she in attendance? 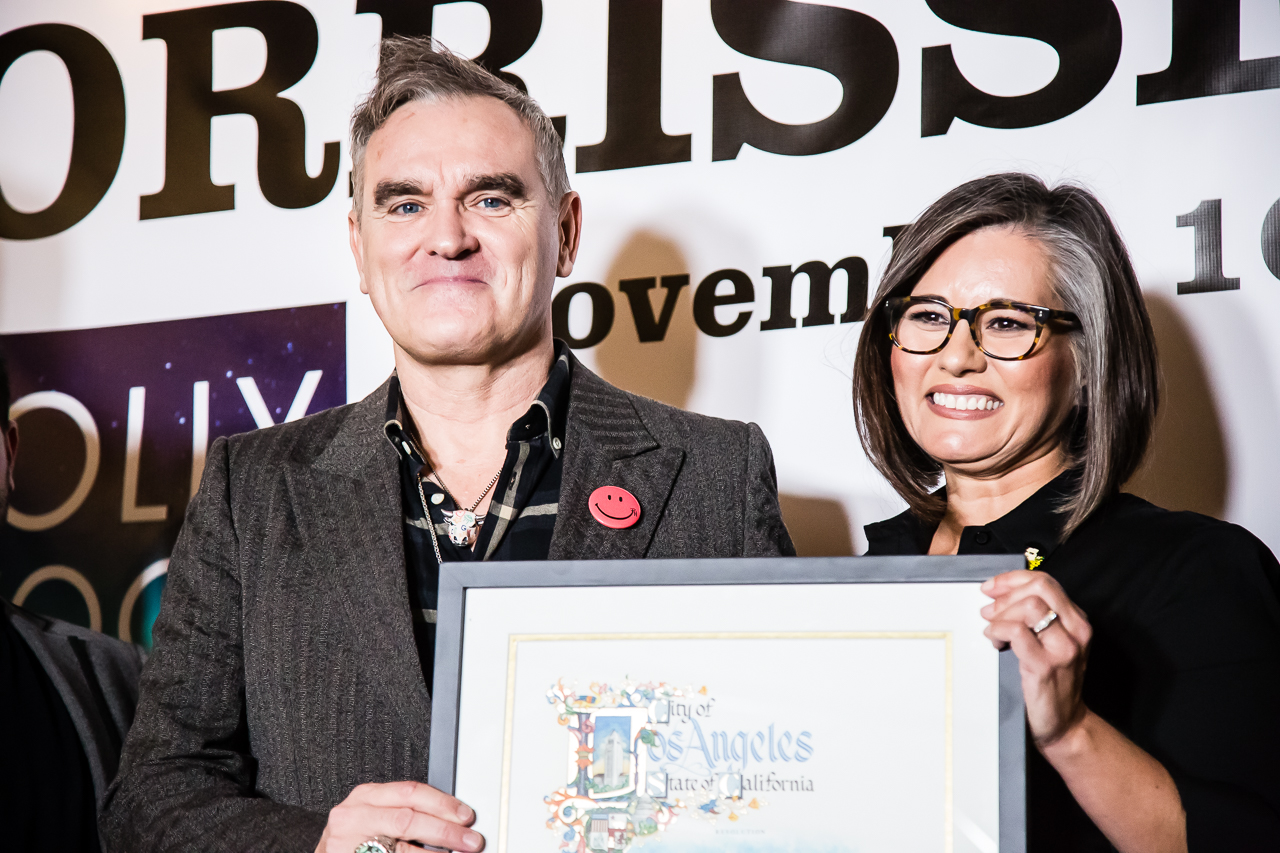 Nancy doesn't go to the gigs. Kiss You could be dedicated to her, but he has been singing it live for a long time. Jacky is Only Happy was written about Nancy.

Is Uncle Steve trying to act like Dean Martin now on stage? He is doing the buzzed stumbling around thing that was Dean Martin's act. When did he start idolizing Dean Martin? The Dean Martin backdrop was up for a long time. At the end of Everyday Sunday he acted like he was going to fall down when that old guy got on stage with a crazed look in his eye and was thrown back to the pool, then Steve said "yikes...yikes!". Glad to see Ganglord back and surprised First of the Gang was left out both nights.

Reckon both these shows were sold out. I did not see an empty seat. Uncle Steve is now top of Hollywood. A real American Idol. I am sure Mango will be back singing Speedway in Mexican during the Midwest portion of the US tour and the fantasy Brittish tour, just to piss people off. I liked these gigs because all the sunburned Brit, Euro, and Austrialiliian tourists who spent their life savings to go on vacation to Southern California were not there because of the high ticket prices. It was so nice not hearing some weird accent behind me saying if they should go to Tommy's or In N Out for cheeseburgers after the gig. Less than a month time to see Steve do his hometown Christmas show. Moz Angeles!
Last edited: Nov 12, 2017

Don't Leave Us In The Dark

marred said:
He sounds in top form! Does anyone think this album is going to be anything but stellar?

I think it's gonna be an album we can listen to over and over again without getting sick of it. It's going to be like a painting that reveals more the more you look at it.

Always crashing in the same car

King Leer said:
This song just came up in conversation on one of the main page threads days ago.
Someone's reading...
Click to expand...

Well, if he's reading, I still think it's a shit song today. Not just last week.

Well, really bummed the one night I attended was Friday. Sounds like Saturday was all around better whereas I left Friday's show unimpressed and disappointed. Oh well, looking forward to hearing the new album in its entirety.

klaus said:
thank you morrissey for singing ALL of speedway tonight. no offense to gustavo but just really nice to hear it the way it was meant.

Thank God !!, at last we get to hear some of the most important lyrics of Morrissey's career sung by Morrissey himself, Whoopee!!!
D

thanks to jackie c., enchante

Does anyone know who was in the backdrop during Fridays show and Morrissey singing Jack the Ripper?