Johnny Weir responds to commentators who questioned his gender

Silke said:
Pardon me? Where did I write that I think he looks female? This is hardly a fact.
And what does the word "relection" mean?
Click to expand...

you didn't. I was trying to make sense of your post but I can't. It really doesn't matter now anyway as I'm not interested.

Exactly - if you want compassion, for Christ's sake give some!!

I want to love you, Johnny!

lainey said:
I think masculinity is what you believe it to be. To me, masculinity is all my perception. I think masculinity and femininity is something that's very old fashioned. There's a whole new generation of people that aren't defined by their sex or their race or who they like to sleep with. I think as a person you know what your values are and what you believe in and I that''s the most important thing
Click to expand...

Yeh - liked what he was saying but couldn't take my eyes of the carnage around his neck. 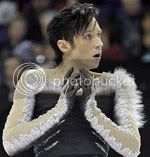 Johnny Weir represented the United States in the Vancouver Olympics last month, but that accomplishment is evidently not enough to earn him a spot on the Stars on Ice Tour. Nobody doubts the American figure skater's skill: in addition to competing at the Torino Olympics in 2006, he finished sixth at the 2010 Winter Olympics and is a three-time national champion.

Rather, it seems Weir may have been left off the team because he is "not family friendly." As GLAAD notes, such a claim "would be a clear jab at his perceived sexual orientation." The blog post continues:

Weir is extremely involved with his family. He is putting his younger brother through college, and supports the family financially because his father's disability prohibits him from working. Weir's dedication to his family can be clearly documented in the Sundance series, Be Good Johnny Weir, which follows him and his family and friends through his life and career as a championship skater.

"It is for real. I’ve never been invited to do ‘Star on Ice’ before, which is the only figure skating tour in the U.S., and it’s disappointing that I can’t perform for my American fans… all because I’m not ‘family friendly’ enough…. I totally understand that I am a little outrageous in some ways… I’m a little un-P.C., but I really wish I had the chance to perform for the American fans…. Maybe right now, just artistically and creatively, I’d love to have my own show and my own tour and involve some big musical acts, like maybe getting Lady Gaga…. Nobody would be too un-family friendly for my show." 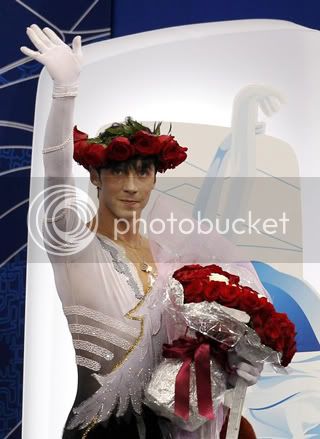 [SIGPIC][/SIGPIC]lainey
You must log in or register to reply here.

Morrissey and his mindset going into these Vegas shows
2

Las Vegas Weekly: "Should Morrissey Fans Allow His Ugly Recent Rhetoric To Affect Their Love Of His Music?" by Geoff Carter (August 26, 2021)
4 5 6